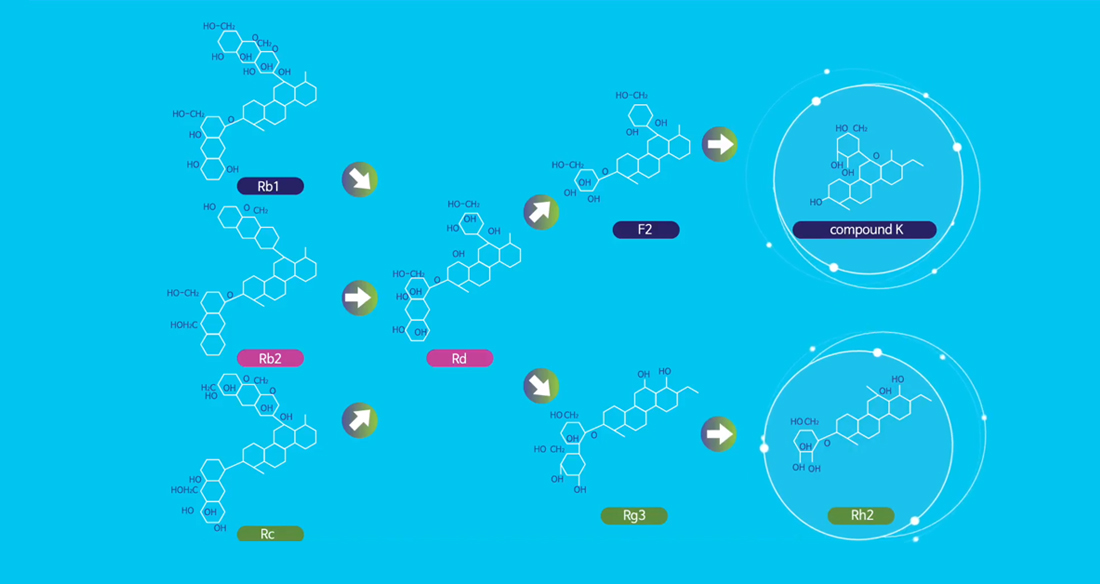 The Ginseng Saponin, Ginsenoside, is known to be an active ingredient that is broken down by microorganism in the intestines and after being absorbed by the body. According to the Korea Society of Food Science and Nutrition, the efficacy after ingestion is greatly dependent on the presence of microorganisms as well as individual’s characteristics that can decompose the saponin.

The fermented type of red ginseng comes with enzymes and yeasts that go above and beyond these subjective differences while absorbing saponin, in other words it has the capability to covert saponins into non saponins increasing its absorption rate.

It is clear how fermented red ginseng is much more effective even when consumed in much smaller amounts compared to the standard red ginseng products.